Earlier known as Rajahmundry now officially Rajamahendravaram is a mesmerizing city located on the banks of River Godavari in East Godavari district of Andhra Pradesh. This city got its name from the King whose statue is there in one of the city center a Chalukya king Rajaraja Narendra during 11th century. The city is mostly known for its historic agricultural, economic and cultural backgrounds. Hence, the city is also known as the Cultural Capital of Andhra Pradesh. Nannayya, the first Telugu poet, was born in this city. It was built by. The ancient city is popular for its active participation during various times including the freedom struggle against British rule. Rajahmundry is a blend of various qualities that make the place unique, interesting, and suitable for tourism for all ages. Picturesque landscapes, monuments of cultural importance, ancient temples and adventurous tourist spots are available in the city to make it an irresistible place for travelers. Here are the top 8 places one must visit in Rajahmundry, nor want to miss. 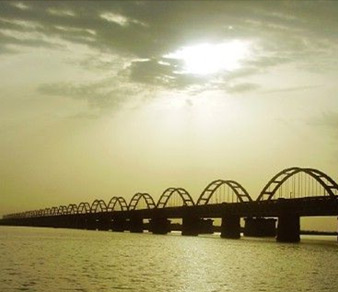 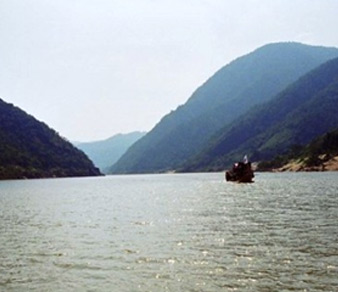 Cursing here is a breathtaking destination and a perfect place to land during your vacation. Your spirit soars to great heights at the very sight of the magnificent hill station. If you love nature and if your mind yearns for some adventure, you will find Papi Hills irresistible. The compelling beauty of the place with serene atmosphere and wide expanse of greenery apart, the offers of trekking on the hill and fishing in the waters make the place the most sought after tourist destination in Rajahmundry. The sound of the waterfalls, the rustling of the leaves and the chirping of birds make you feel one with nature. If you are from the part of the world that makes you work relentlessly, you need to unwind here to enjoy the essence of life.

Kadiyapulanka is an absolute delight to your visual senses. Situated 8 km away from Rajahmundry, the village flourishes in floriculture and horticulture. Some of the flowers grown in the nurseries here include rose, jasmine, lilies and chrysanthemums. Ornamental plants such as arclias, song of India and archaria are grown here. The flower show held every year in the month of January is the right time to feast your eyes and senses with excellent collections of flowers. The colors of the flowers render magic to the air. 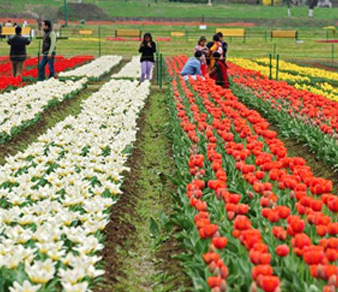 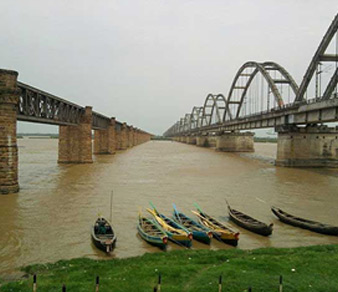 You can never assume that your trip to Rajahmundry to be complete if you had not cruised River Godavari. Cruising on the river will be an enthralling experience as the cruise gives you an amazing opportunity to attempt at discerning the magnificence of nature. The lush greenery, scenic landscapes and amazing hills viewed from the river during your cruise make you spell bound. The boats have the best of facilities to make your stay on water very comfortable. You get to view a few places while on cruise, which are untouched by humans. Various cruising packages are offered out of which you may choose the one that would fit in with your time frame and budget. Cruising on Godavari offers matchless experience to photographers and nature lovers too.

Constructed during 10th century, Kotilingeswara Temple is a fine example of architecture of the past. One of the leading attractions of Rajahmundry, the temple has bathing ghats around it. Kotilingalarevu, the place where the temple is situated, is a ferry point to cross River Godavari. Various legends about the temple are heard out of which one says that King Ravana used to offer prayers to Lord Shiva in this temple site. Pilgrims consider this place a holy site and hence take a dip in the water here. 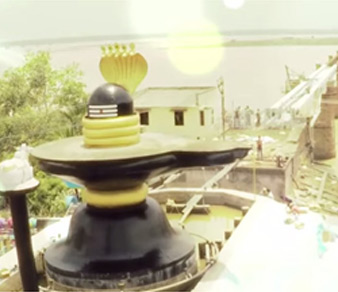 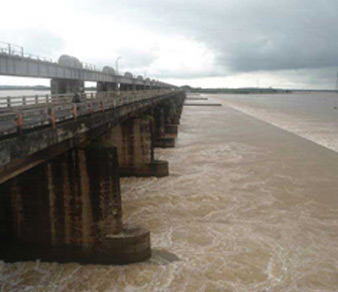 Here is another spot in Rajahmundry that rejuvenates your tired spirits. This stunningly beautiful place not only attracts tourists in great numbers but also brings in filmmakers to capture some of the best landscapes for their films. Sri Veerabhadhra Temple is one amongst the major attractions. The temple is situated on a hill and it is considered one amongst the five Kshetras. The place offers yet another wonderful photography session as the location of the temple is scenic with hills on the background, silver color sands and amazing sculptures. 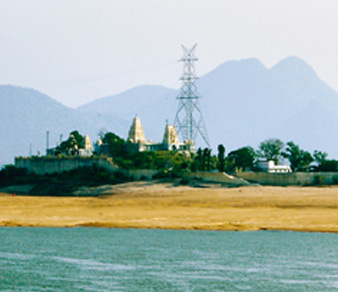 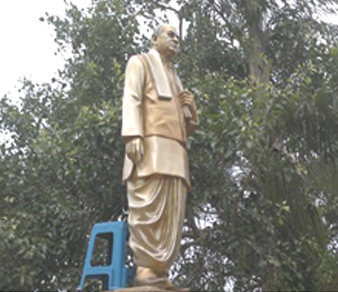 Founded in 1967, Rallabandi Subbarao Government Museum holds some of the rarest collections of coins, sculptures and ancient palm-leaf manuscripts. The pottery items seen here are a fine display of art. The museum preserves and brings to light the cultural importance of Andhra Pradesh.

Markandeya Temple is one of the ancient temples in Rajahmundry. The temple’s ruins were initially thought to be belonging to mosque. Archaeological surveys conducted later identified the ruins as associated with Shiva temple. In the year 1818, the temple was reconstructed by Gundu Sobhanadriswara Rao. The temple is frequently visited by pilgrims from all parts of the country. 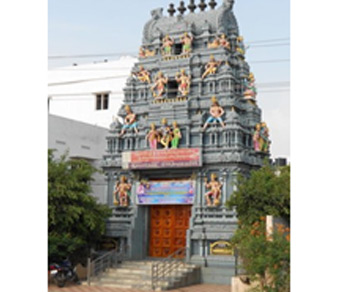