Is situated on the banks of the Pampa River in East Godavari district of Andhra Pradesh here situated beautiful village full of greenery called Annavaram. Anna means "what you desire", while "varam" means boon or godsend. Hence, the name Annavaram is an expression of the belief that the deity will endow one with whatever one desires. One can really feel the beaming divinely influence in this tranquil surrounding of his presence here.

The distinctive feature of Annavaram is the shrine to Lord Shri Veera Venkata Satyanarayana Swamy situated up here on Ratnagiri Hills. The land belongs to both Lord Sri Veera Venkata Satyanarayana Swami Temple and Goddess Anantalaxmi Satyavathi Ammavaru. This temple is situated on the hill top, devotees can reached there either by steps covered with canopy, through Ghat road, or trekked through a stone path.

The popularity and importance of the temple can be seen increasing among pilgrims day by day. This place is considered as second to Tirupati in Andhra Pradesh. Festivals are celebrated year-round. Popular festivals are Kalyanam in May, Devi Navratri in September and Swayamvara Vardhanti of Sraavana Suddha Ekadashi, Srirama Kalyana, Kanakadurga Yatra, Prabha Utsavam, Teppa Utsavam and Jalatoranam. The hill top offers a panoramic view of the surrounding fields and villages. A river water barrage with boating facility is available at foot of Ghat road exit, known as Pampa Sarovara. 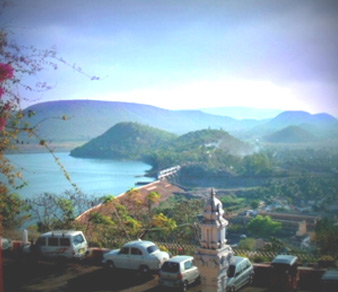 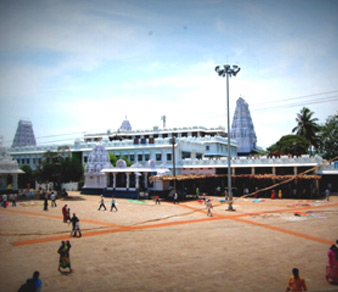 Vishwakarma Brahmin stapathis architecture is at its best in this temple. The hillock itself is about 300 feet (91 m) above sea level, surrounded by fields and the Pampa River encircling Ratnagiri. About 460 stone steps leads to the top of it. The main temple is constructed in the form of a chariot with the four wheels at each of the four corners. In front of the main temple is the kalyana mandapam, constructed and decorated with modern pieces of architecture. As we go down the way, we come across Ramalaya and then the shrines of Vana Durga and Kanaka Durga.

The temple at Annavaram has been constructed to depict this idea concretely. The front side of the temple depicts the chariot. The Meru on floor with the pillar at the center, and the idols at the top are intended to bring forth the idea that the Lord not only remains at the heart's center but also permeates the entire universe. The wheels depicting the Sun and the Moon serve to remind us that this Juggernaut moves on the wheels of time, and goes on forever and ever, Thus the Annavaram temple satisfies both the ritualistic values and the spiritual aspirations of the devotees."

The temple of Sri Veera Venkata Satya-narayana Swamy is the main temple on Ratnagiri hill. There is also a temple of Sri Rama and the shrines of Vanadurga and Kanaka Durga nearby. The temple of grama-devatha "Nerellamma" (village deity) is in the village at the foot of the hill. This temple is located at a hill top.Many marriages take place here. A facility for quick darshan facilitates busy seasons.

According to the puranas, the presiding deity of the place blesses the devotees with Anina Varam (Wanted Boon). The hillock by the side of the village is considered to be very sacred. Meruvu, the Lord of the hills, and his consort Menaka did great penance and begat two sons by the grace of Lord Vishnu. One was named Bhadra and the other Ratnakara. Bhadra pleased Lord Vishnu with his devotion and penance and with his grace became Bhadrachalam on which Lord Rama had permanently settled. Ratnakara desired to emulate his brother and succeeded in pleasing Lord Vishnu by his penance to settle on him as Veera Venkata Satyanarayana Swamy, Ratnakara remaining as Ratnagiri hill. It is said that Raja I.V. Rama Narayanam, the then zamindar of Gorsa and Kirlampudi estates, having been ordained by the Lord in his dream, traced the idol on the hill, worshipped it and installed it at the present spot on sravana suddha vidhiya of the Telugu year Khara, 1891. The Akriti of any temple is, according to the Agni Purana, merely a manifestation of the Prakriti. According to this the chariot of the temple is intended as a symbol of the Seven Lokas and the seven Lokhas above, with the garbhalaya of the Lord at the heart's center ruling over the entire Universe. 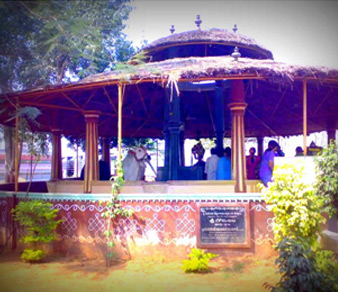 Sri Satyanarayana Swami Vari Devasthanam is maintaining two different types of Darshan methods for the convenience of the piligrams to witness the deity. Sarvadarshanam means 'Darshan for all'. Sarva darshanam is free and allowed between 6:00AM to 12:30PM and 1:00PM to 9:00PM.

Note : Please check for any updates with above mentioned address for your convenience. 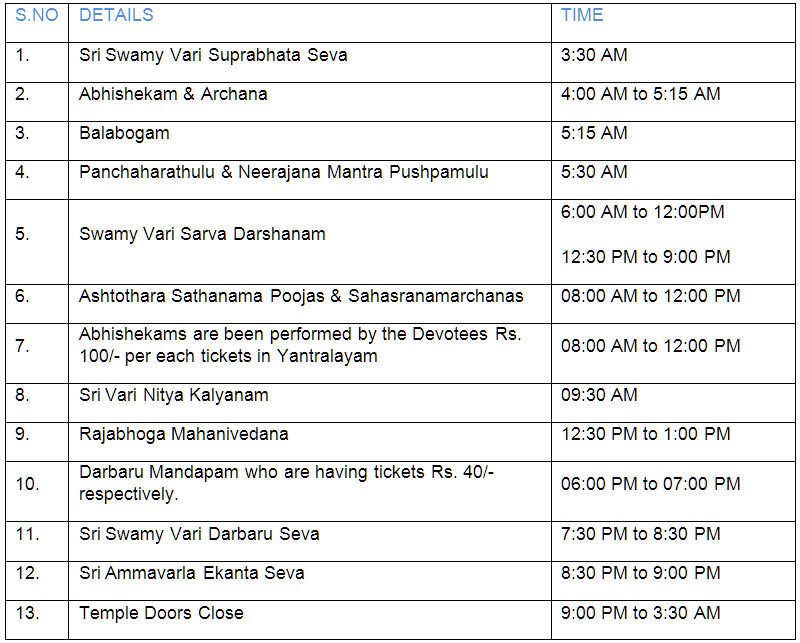 Talupulamma Talli is a famous temple well known near Tuni Andhra Pradesh as lots of devotees visit day for offering pooja to the Goddess after purchasing / owning a new motor vehicle. People offer goats, chicken/hen at this place. The temple is situated in between a hill and surrounding is very scenic view full of greenery. This makes an excellent picnic spot too for those who want to spend their week end. The place is situated between Tuni and Annavaram. Tuni is 100Kms from Visakhaptanam towards Rajahmundry. Temple is open till 6pm only a must visit place.